This week and next I am going to cover two different techniques with the same outcome – determining the location of an object (known or unknown) visualized on radiograph.  This object could include but is not limited to supernumerary teeth, impacted teeth, foreign objects, etc.  This week will be image shift and next week will be the SLOB (same lingual, opposite buccal) rule.

There are two main principles to be aware of when using image shift.

1) All images move in the opposite direction from the movement of the source.

2) Images of objects farther from the film/sensor will move more.

How to use image shift

You must take two radiographs (typically periapicals) with a noticeable change in the position of the x ray source (either horizontal or vertical angle).  You also need to ensure that the film is over the area in question for both radiographs.

For the first principle of all images moving in the opposite direction, I find the table below to be most helpful to determine which direction images of objects will ‘move’ on radiographs. 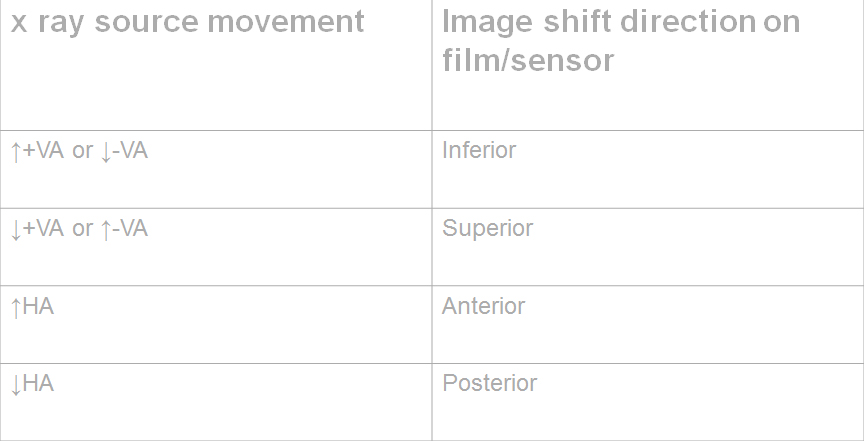 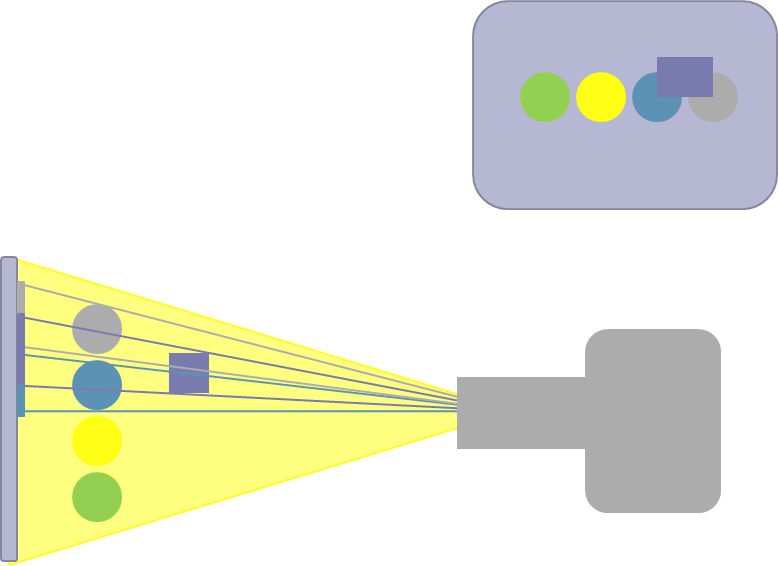 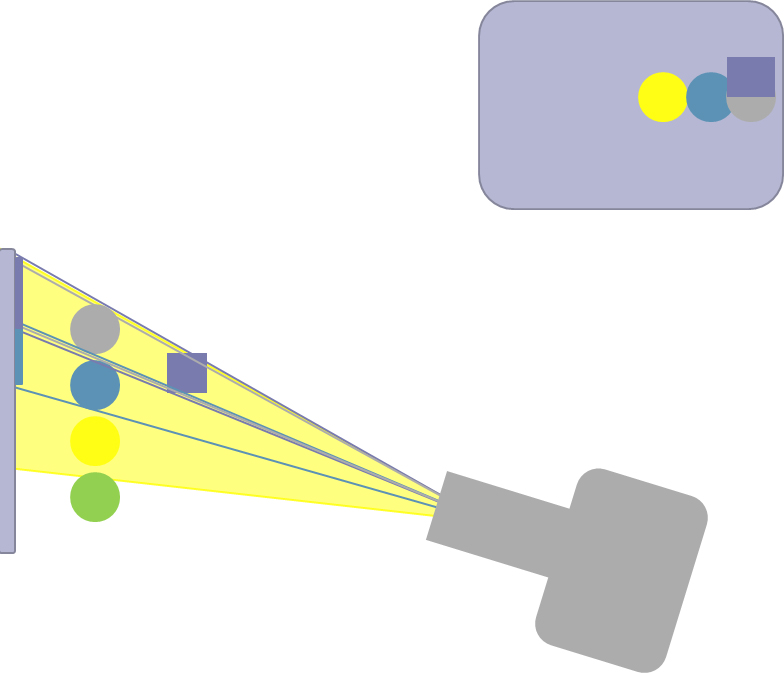 Notice how on the second image (purple rectangle) that the square object moved more than the blue circle. This indicates that it was farther from the film/sensor (or closer to the source of radiation).

I realize that this is a difficult concept for most and is something that with practice will get easier.  Next week is another way to determine the location of an unknown or known object – the SLOB rule.