Definition: A nonodontogenic cyst that forms in the nasopalatine canal.  This is commonly an incidental finding.  This is also referred to as a nasopalatine duct cyst and/or an incisive canal cyst.

Other: A nasopalatine canal cyst should be considered when the size of the incisive foramen is enlarged greater than 1 cm.   The lamina dura of the maxillary central incisors are intact indicating the lesion is not associated with either tooth.  It may displace or resorb adjacent teeth as it enlarges. 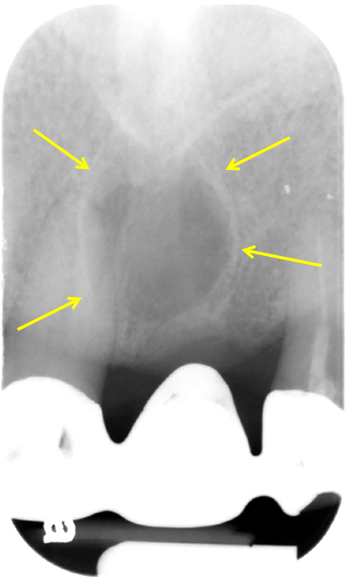 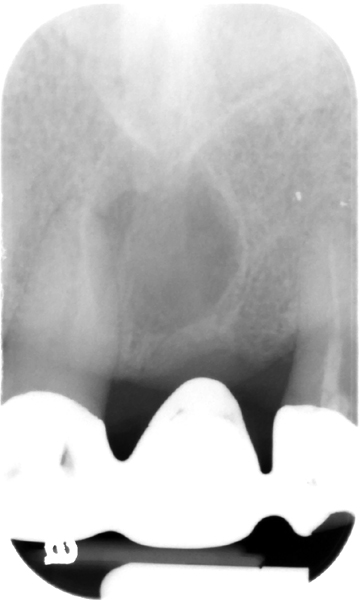 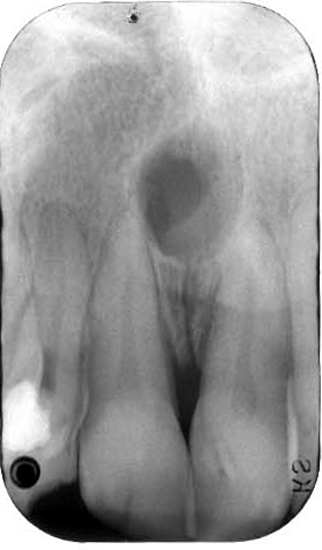 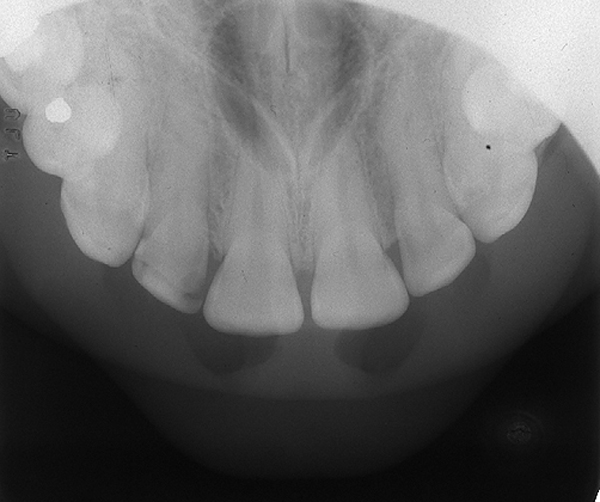 One thought on “Nasopalatine Canal Cyst”