Ok, I am back and now onto pantomographs. Since these images are larger and will take up much more space I have decided to break them down into 2 parts.  I also will have several anatomy identified on each radiograph as well.  Here we go. 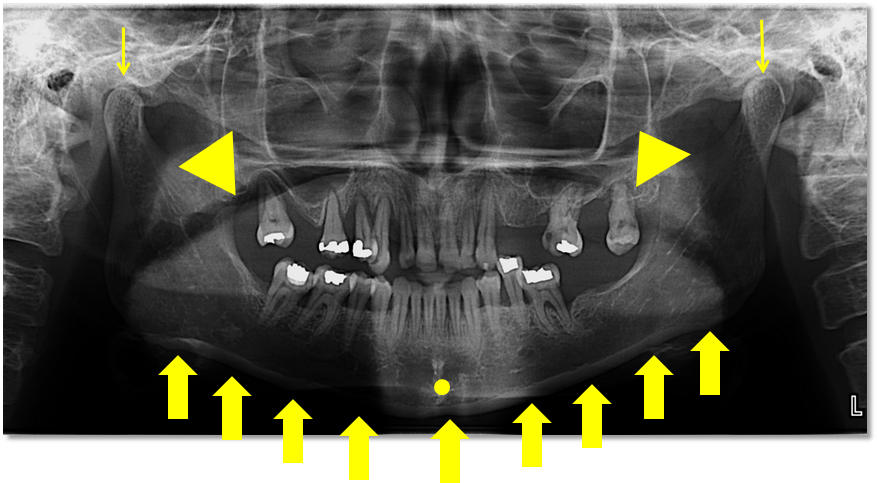 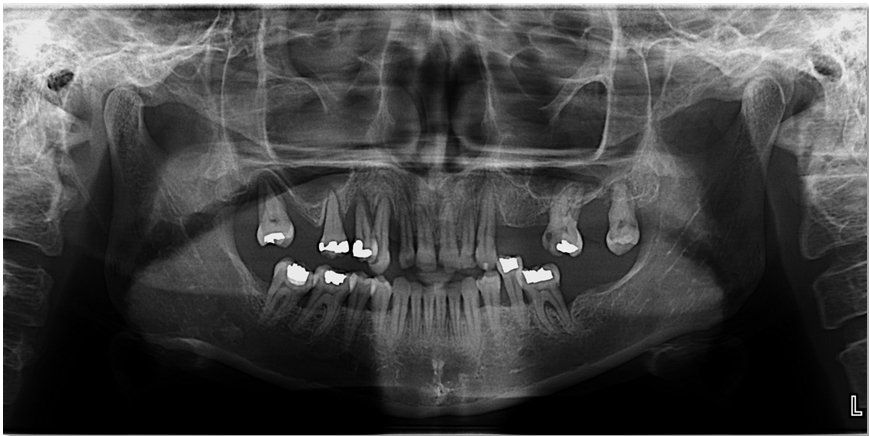 *The mandibular condyle (two thin arrows pointing down) appears as a rounded radiopaque area in the glenoid fossa on the lateral aspect of the radiograph. *new anatomy not visible on intraoral radiographs.

The coronoid process (triangles) appears as a triangular radiopaque area superimposed over the maxillary tuberosity and posterior maxillary sinus.

The lingual foramen (circle) appears as a small radiolucent circle directly inferior to the central incisors.

The inferior border of the mandible (multiple thick arrows pointing up) appears as a thick radiopaque band. 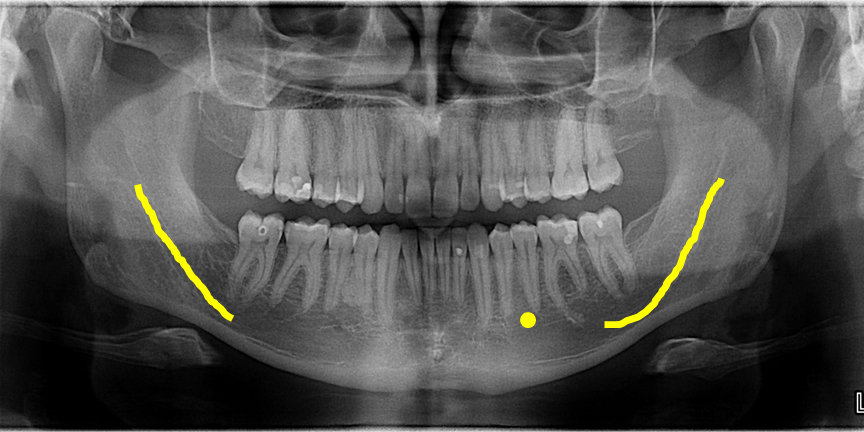 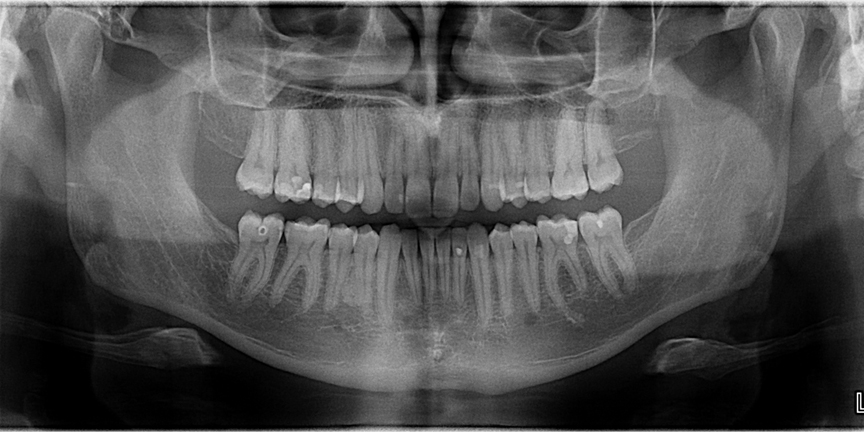 The mental foramen (circle) appears as a round to oval radiolucent area seen near the apex of the second premolar. 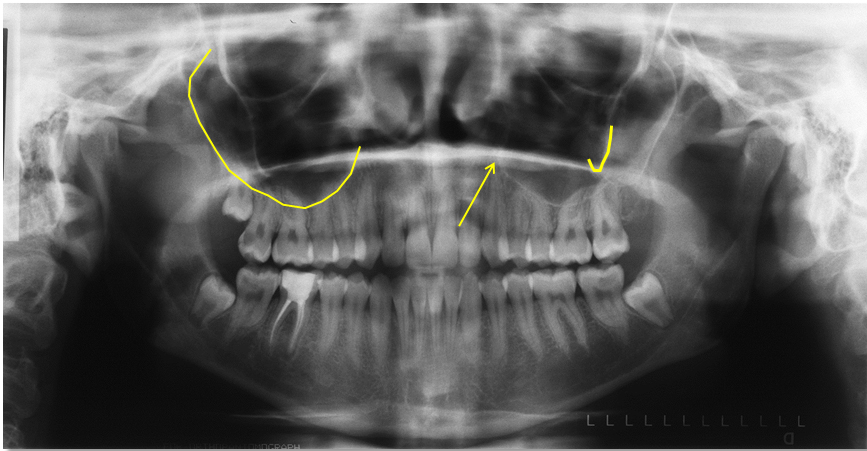 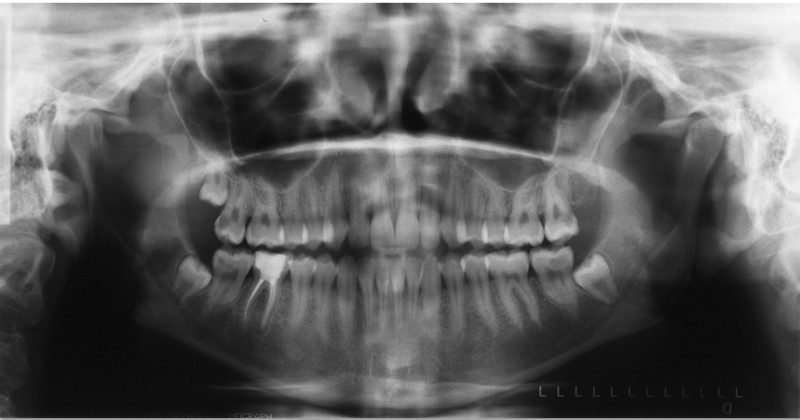 The zygomatic process of the maxilla (J shaped line on left) appears as a U, V or J shaped radiopaque line.  It is superior to the first and second molars.

The borders of nasal cavity (solid U shaped line) appears as radiopaque lines medial to the maxillary sinuses.

The soft tissue of the nose (dotted curved line) appears as a radiopaque area superimposed over the maxillary anterior teeth.  This is more commonly seen on patients who are edentulous in the anterior maxilla. 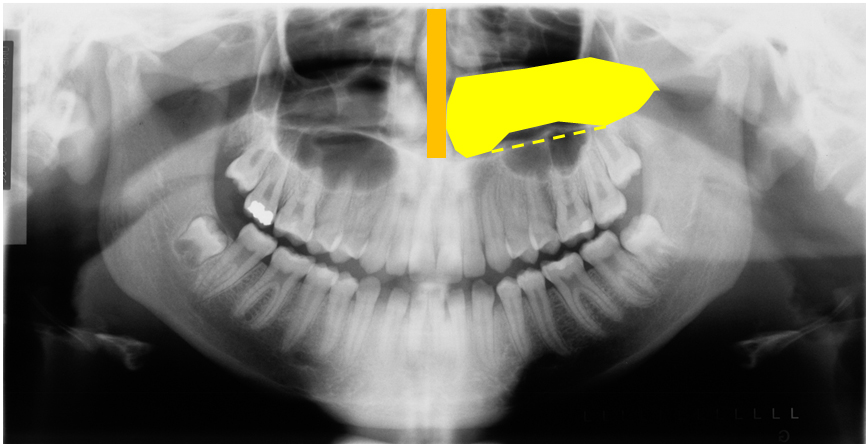 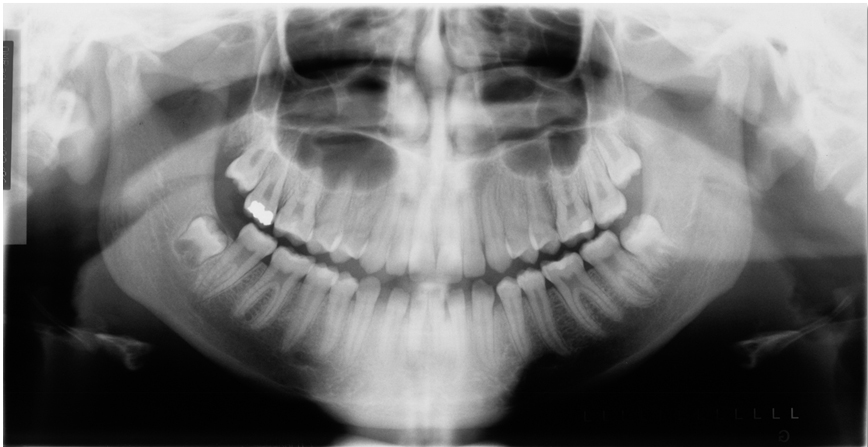 The nasal septum (orange vertical block) appears as a radiopaque band going superior from the floor of the nasal cavity.  It is on the midline.

The inferior nasal concha (yellow horizontal mass) appears as a round to ovoid radiopaque mass superior to the floor of the nasal cavity.

I hope you find this first post on pantomograph anatomy informative.  While I didn’t cover all the anatomy visible, these are the more commonly seen entities.  If you have any questions, please let me know.