This post was in request to an example of how to use the SLOB rule with vertical angle changes.  So here we go.

When referring to vertical angle changes, the images are described as inferior (shows more inferior objects) or superior (shows more superior objects).  For example, using two radiographs, a mandibular molar periapical radiograph and a molar bitewing radiograph, the mandibular molar periapical radiograph would be to the inferior and the molar bitewing radiograph would be to the superior.  Below is an example with a metallic restoration (marked with a blue star) on the mandibular first molar and the steps used for this rule. 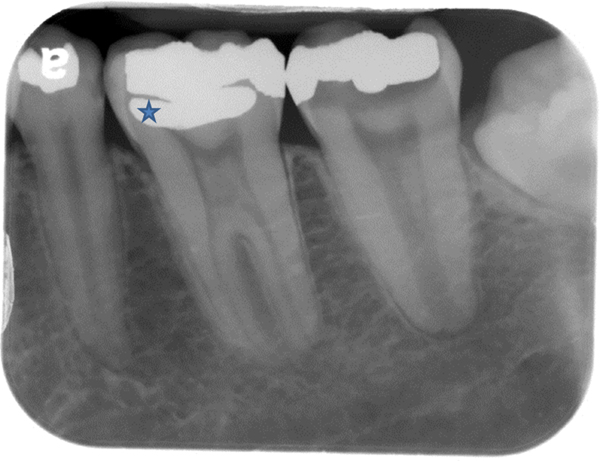 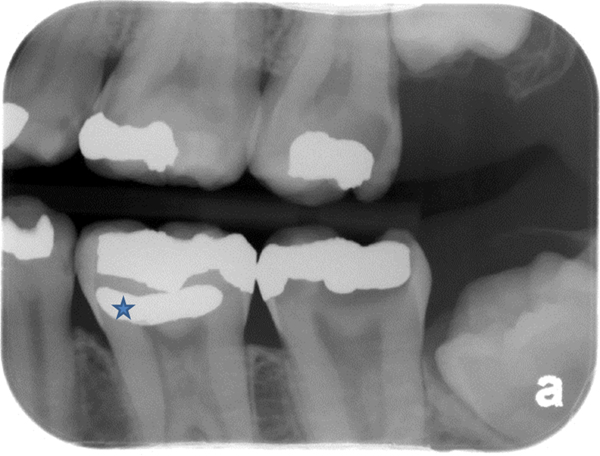 3) Determine which direction the images appear to move from image 1 to image 2 (superior).

5) Using the SLOB rule (same-lingual, opposite-buccal) this shows that the unknown object image moves in the OPPOSITE direction as the images (1 to 2) and therefore it is to the buccal of the occlusal metallic restoration.

Using vertical angle changes with the SLOB rule takes practice (as does any image shift exercise).  Keep an eye out for each Monday in November as I will be posting practice examples for you to try out and test yourself.