Today is covering analog/film artifacts that are of decreased density of the final image.  Note: when referring to artifacts, the correct term is density and not radiolucent/radiopaque.  The latter terms are used when referring to a part of the patient seen on a radiograph.

This occurs when there a decreased development of the radiographic film meaning less time the film is in contact with developer.  This will appears as an overall whiter image. 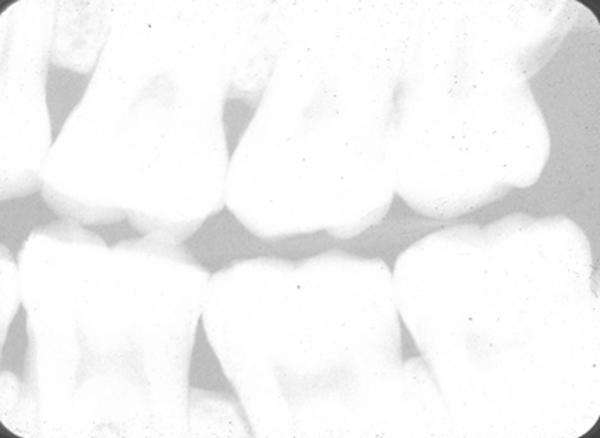 This occurs when the radiographic film is underexposed or not exposed at all.  There are three ways this can occur. The first is decreased time of radiographic exposure (i.e. using a anterior time setting for a molar radiograph) creating an overall whiter image.

The second is by incorrect alignment with the PID/cone such that the entire film is not exposed to x rays.  This will result in a white area of the final image where no x rays exposed the film.  This white area may have a straight edge (rectangular PID) or a curved edge (round PID). 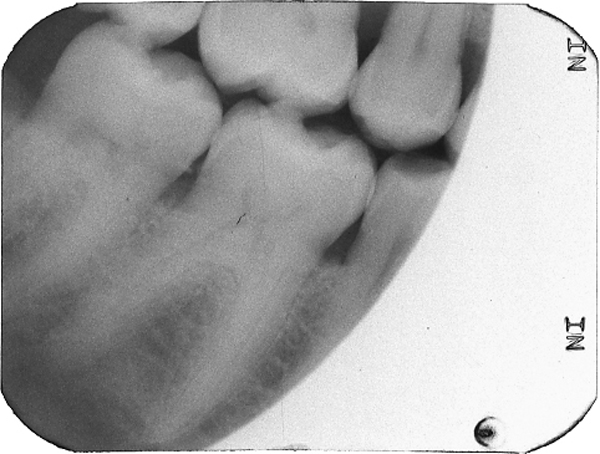 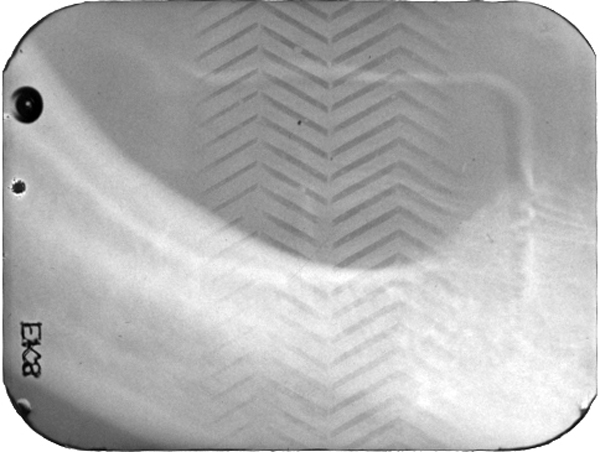 This is pretty straight forward and it means that there is no bend of the film.  This does not result in a whiter area of the image and therefore doesn’t apply.

T = ↓Temperature (of the developer)

Next = Digital (DR and CR) and artifacts