Now onto E for edge.  This is the edge or border of a lesion or entity.  Is the edge well-defined (meaning you can trace it entirely), well-localized (you can trace part of the edge but not all of it) or ill-defined (you can’t tell where the lesion starts or ends in relation to the surrounding bone).

Since there are only three options for this step it makes it a little easier to describe.  First we’ll start with the two previous radiographs, then I have more radiographs for the other specific descriptions.  There are arrows/a circle identifying the entity being described so that there is no question what I am describing.  (Click image to enlarge) 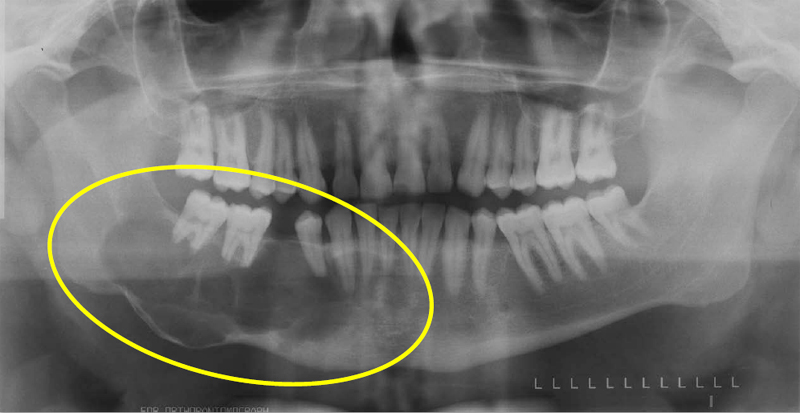 This lesion would be described as well-localized.  You can trace portions of the edge but not all of it.

This lesion would be described as well-localized as you can see the general location of it and where the lesion stops and normal bone starts.

Below are two diagrams showing a well-defined edge.

The one on the right has a thin radiopaque edge.  This is referred to as corticated and should also be described if seen. 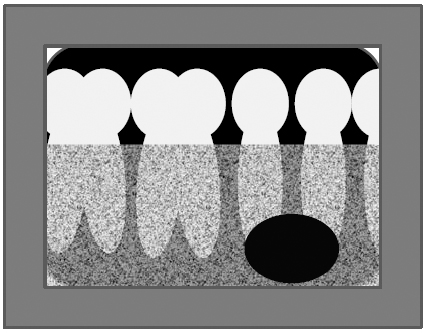 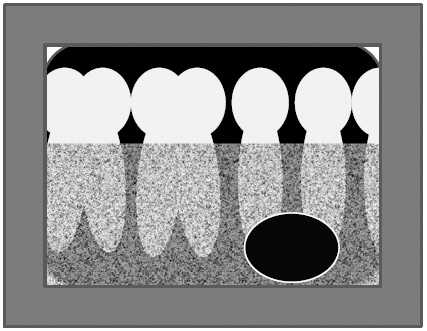 Well-defined corticated edge on a radiograph 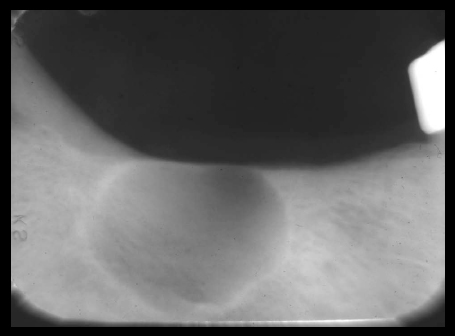 Note how it is not possible to determine where the lesion stops and normal bone begins. 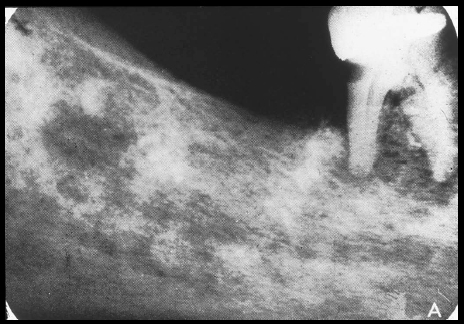 Remember the best way to get better and become more comfortable with describing is to practice on more radiographs.